The Oromo people (Oromo: Oromoo; Ge'ez: ኦሮሞ, ’Oromo) are the single largest Cushitic speaking group in not only Northeast Africa but the entire world, outnumbering Somalis by the millions. They are Ethiopia's largest demographic to this day and inhabit its largest state of which the Capital of the country which acts as both a city and a state is centrally located within, they number into just a little over 32 million people by 2013 estimates.

Speaking a Lowland East Cushitic language (Afaan Oromo) with various dialects and derivatives; they weren't always this populace or at least this geographically prominent.


The original Oromo speakers/ tribes were actually centered according to various sources speaking of the medieval to early modern Horn of Africa-> in Eastern Ethiopia where the Somali Region is now dominant, more specifically in the Southeasterly regions of Eastern Ethiopia, generally areas where the Jubba & Shebelle rivers drain. 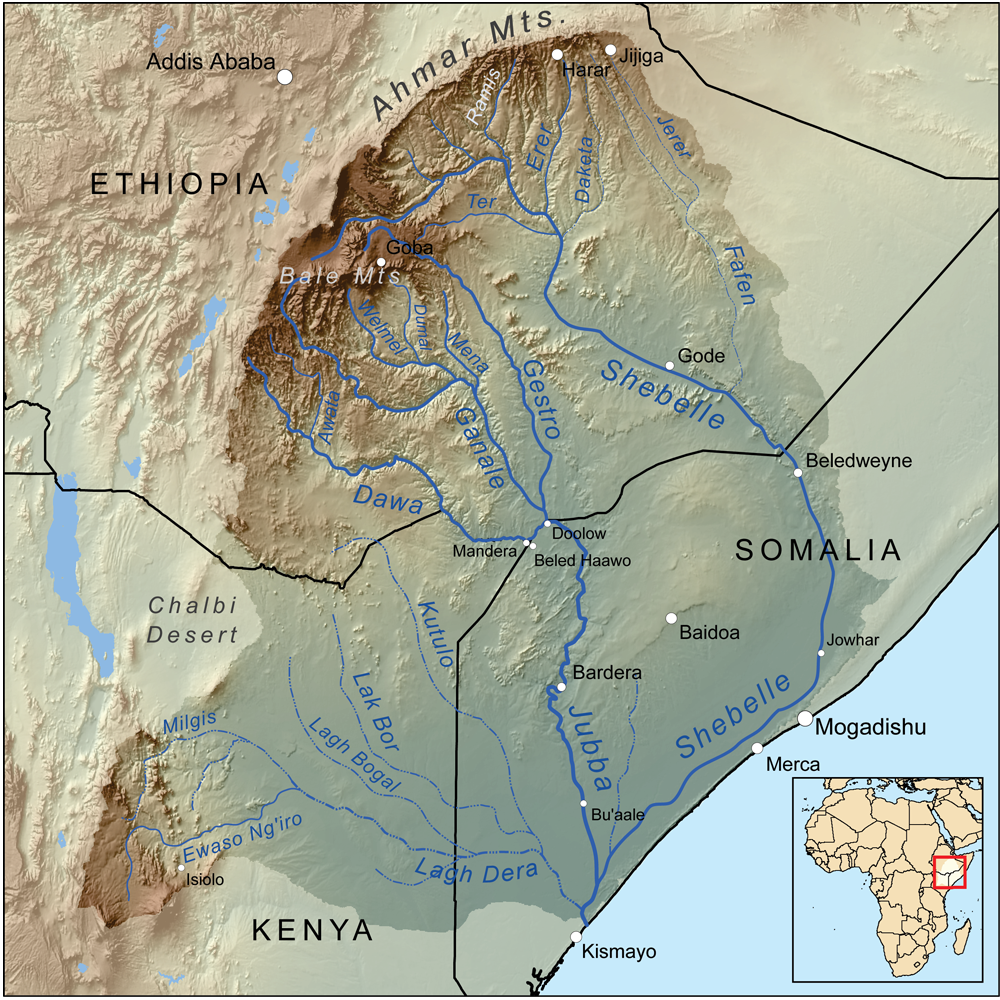 However between the 15th to 17th Centuries CE , these agro-pastoralist tribes began to boldly expand inward into Ethiopia, conquering and assimilating in their wake with systems like their Gadaa acting as keen assets in these expansions, they even had their own pre-Islamic monotheistic belief system centered around the God Waaq, also shared by some pre-Islamic Somalis and perhaps even Afars among other groups.

They've been written about or mentioned by a plethora of writers of Ḥabesha, general Islamic-world, Portuguese and perhaps even Somali origins, many of whom encountered the fruits of their expansions one way or the other. In fact the Oromo tribes did once attempt incursions into Southern Somalia only to be pushed back by the dominant political entity of the time; the Ajuran Sultanate.

One can consult the following writers' works on the expansions if they wish to:

Along with the Conquest of Abyssinia (Futuḥ Al-Ḥabash) by Shihab ed-Din speaking about the short-lived Islamic conquests of Abyssinia or even the chronicles of individuals such as Emperor Susenyos of Ethiopia.

The migrations were seemingly at first sporadic raids into the hinterlands that in time grew into what they were; migrations. At this time roughly in Ethiopia, the historically Muslim and mostly Somali soldiered but demographically multi-ethnic Adal Sultanate & the Abyssinian Empire ("Ethiopian Empire") who were Ethiopia's main political powers dominating different areas of what is now the modern state, had more or less bled each other into utter weakness after a terribly bloody war.

The eventual Oromo expansions are by some considered to have acted as a death blow to the Adal in particular, it and the Abyssinians along with other states in Ethiopia at the time proving too weak to prevent many of these Oromo expansions. 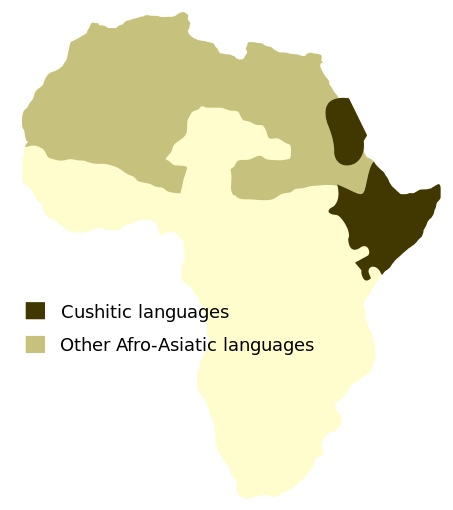 But this blog post is not so much about the expansions but rather the genetic impact they had on modern Oromos. You see, Oromos assimilated numerous "Horner" (Cushitic & even Ethiopian Semitic) peoples throughout their expansions. From Amharas to even Sidamic speakers, Rendilles, possibly even Agaws and in some instances Somalis.

A prime example of this I could share for now would be Sidamics (Highland East Cushitic speakers) such as Hadiya & Sidama people who once were the progenitors of prominent Islamic states in inland Ethiopia such as the Hadiya Sultanate. These groups were once known to have been spread across the modern Ethiopian provinces of Bale & Arsi and even North Shewa only to in some of these areas be supplanted and outright assimilated by expanding Oromo speakers.

"While Bale was the first Ethiopian province, Imam Ahmad Gragn conquered after the Battle of Shimbura Kure 1529, Emperor Geladewos quickly recovered it after the Imam‟s death. However, the territory eventually became the possession of the Oromo people that had begun settling there as early as the Mudana gadaa (1530-1538), and Bale disappeared as a distinct entity by the middle of the next century. The peoples of Hadiya-Sidama who was already Muslims predominantly occupied the ancient state of Bale. One of my informants (himself an Arsi Oromo) completely disagrees with this saying. Yet, Braukamper mentioned that the region of Gadab, which is located in the western Bale, belonged to Hadiyya and was occupied by various subgroups of this people, whose Oromized descendants (for instances, the clans Doodaa, Weegee, Caatimannaa, Adamoonyee, Wosharminaa, and many others) still live there."[5, page 24]

The Hadiya Sultanate actually titled its rulers with the term "Garad" (Somali: Garaad, Arabic: الجاراد ) , an aristocratic title interchangeable with "Sultan" historically mostly known to have been used by Somalis (often along the Northern coast) as well as Muslim peoples in Medieval Ethiopia such as the Hadiya among other groups. And there indeed were seemingly diplomatic and cultural exchanges between the Hadiya entity and the Adal for example until the Hadiya became stalwart Abyssinian loyalists. 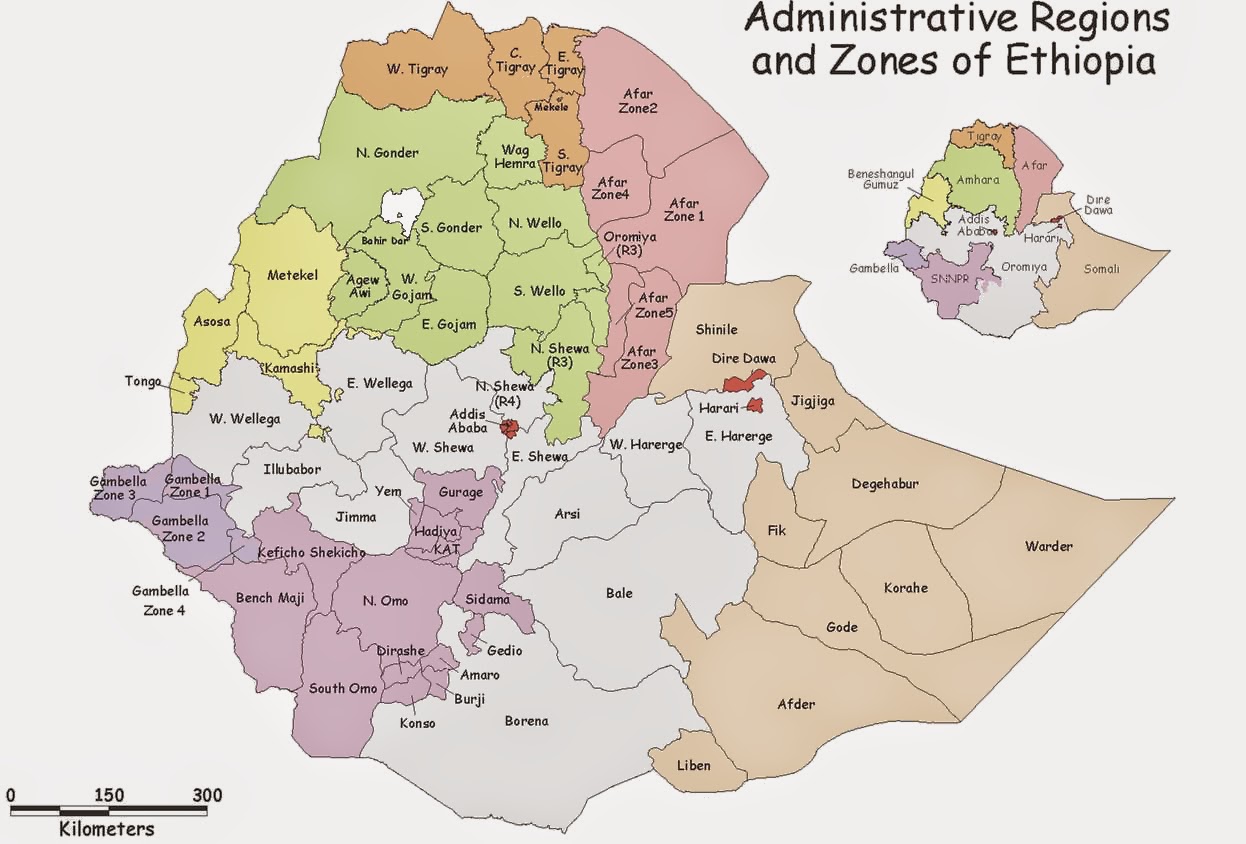 What this ultimately does to Oromos, this history of assimilation and expansion, is that the modern ethnic group is in fact made up of various historically & genetically distinct groups even with its current constituents being utterly unaware of this (many are not aware to my knowledge). Now, the populations of the Horn of Africa are quite closely related but indeed there are distinctions between them to be made. 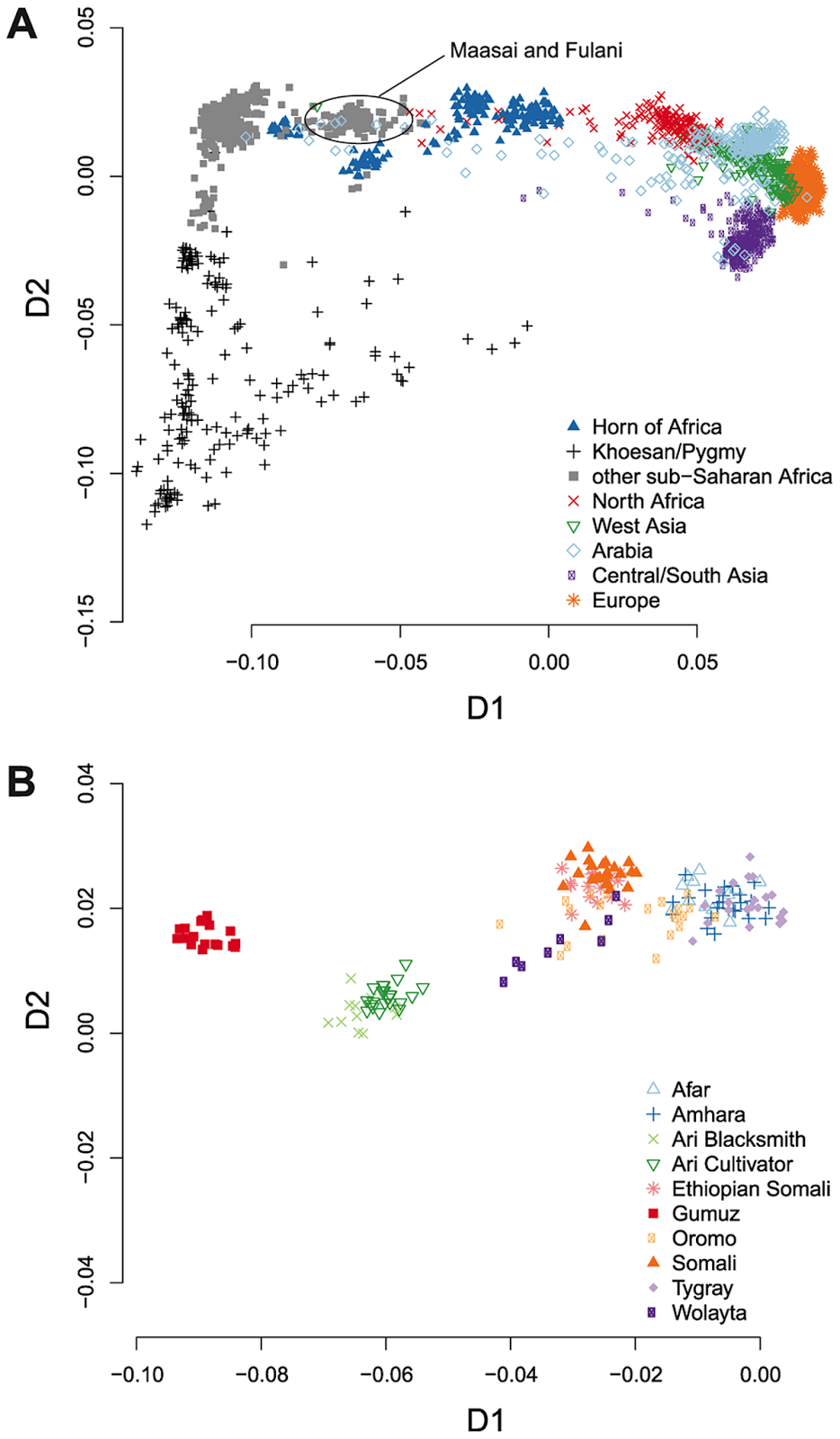 That PCA plot (Principal Component Analysis)/ cluster based on autosomal DNA data above is a prime example of their heterogeneous nature. In terms of admixture levels within Pagani et al.'s original samples carried on by Hodgson et al. , Gudrasani et al. & Pickrell et al. among other papers; there are three subsets of Oromos.

One I like to dub "Oromo A" is Agaw-like in terms of fundamental admixture levels and clusters as you can see above at the fringe of the Northern Ethiopian Highland cluster with Xamir Agaws ("Afar" samples), Tigrinyas & Amharas whilst another group (Oromo B) clusters completely (overlapping) with Somalis demonstrating identical fundamental admixture levels with them to perhaps just a bit more West Asian admixture for some who straddle between us and Northern Ethiopian Highlanders.

You can even view this data quite accurately with an ADMIXTURE analysis:


Once again, one Oromo subgroup (Oromo B) is fundamentally identical to Somalis (based on more ancient and fundamental ancestral components), another comes close to Beta Israels (former Western Agaws) & the other would be Boranas, less admixed than Oromo Bs and Somalis.


The genetic data we have so far on Oromos clearly supports what the historical data tells us, that this ethnic group is an amalgamation of various distinct groups within the Horn of Africa it assimilated over the centuries. However... There are things all three of these Oromo genetic subgroups seem to share in common (something that sets them apart from other Horners).

They're all, for one; the peak of Omotic admixture among the so far tested Cushitic & Ethiopian Semitic speaking populations in the Horn of Africa:


Now, components like "Early Neolithic Farmer" or "Near Eastern" from Eurogenes K=8 or the "West Eurasian" or "Eurasian" (essentially West Asian) admixture mentioned in Pickrell et al. & Gudrasani et al. with levels much like Eurogenes' results or the East African cluster from various studies are more basal to the admixture in the Horn and show you how these groups fundamentally look in terms of more ancient (i.e. Neolithic) ancestry, corresponding more with how we plot in PCA plots however there are less ancient components in the Horn made up of these more ancient ones.


These newer components would for example be Omotic, Ethio-Somali (representing "shared Cushitic ancestry") and so on.


A good way to grasp this would be-> fundamentally a Somali & a Tigrinya are barely different, there's practically just a minor ~10-12% difference and that's in levels of admixture not even in that one population has ancient ancestry the other lacks. However, in terms of actual more recently shared ancestry as this older post outlines; Somalis & Tigrinyas share about ~60-70% of their more recent to perhaps post-Neolithic ancestry.

Now, that's still a lot of shared ancestry but, for example, some of the West Asian admixture in Tigrinyas while it is fundamentally the same as the admixture that was already in them (in "Cushitic") and that is in Somalis; is ultimately ancestry they have that Somalis don't.

I as an ethnic Somali do not have Omotic ancestry, I carry East African cluster based ancestry with some West Asian admixture (two dominant components of Omotic itself) but a Tigrinya has about ~12% on average Omotic ancestry and I as a Somalian Somali have virtually no "Omotic" Ari Blacksmith-like ancestry, thereupon my Tigrinya "relative" clearly has post-Neolithic ancestors I lack despite the fact that if you go back far enough (i.e. the Neolithic); some of these ancestors would share a common origin with the basal components in me and that are shared between myself and Tigrinyas nevertheless.

In that respect lies the main differences between our ethnic groups despite our fundamental similarity surpassing that between your average Tuscan and your average Englishman or your average Syrian Jew & your average Georgian.


Oromos, at least the ones who've been tested so far (not just in these studies) seem to be quite a peak for Omotic admixture in the Horn of Africa, something they all share in common over the rest of us despite their differing admixture levels.

Somalis are also Lowland East Cushitic speakers, it is compelling to say the least that the two groups ("close linguistic relatives") share in this marker's prominence. Some such as a colleague I correspond with suggest sensibly that this maybe a mark of the "original Oromo tribes", a very probable notion as linguistic & cultural shifts of this nature almost always leave some form of a genetic impact.


A basic explanation of Haplogroups for more layman readers


This would suggest most to many modern Oromos do ultimately trace some segment of their ancestry back to the peoples who linguistically shifted them away from whatever Cushitic or at times even Ethiopian Semitic language they originally spoke to Afaan Oromo.


Nevertheless, this ethnic group with its history of expansions and assimilation proves quite heterogeneous genetically, lacking the homogeneous and inbred nature of ethnic Somalis or even the homogeneity you'd find among Beta Israels & Tigrinyas. One colleague whom I often cite in my blog posts as being someone I frequently correspond with about genetics and history (same one I mentioned earlier) went so far as to consider them "More of a Cultural Group" rather than a traditional ethnicity such as Tigrinyas or Somalis.


I'm inclined to agree. But keep in mind that the peoples who were assimilated to form the modern ethnic group are essentially already closely related peoples (as all Horners seemingly are) so it's not like some Azeris went and assimilated Bengalis & Moroccans but rather that Saudis would have assimilated Lebanese individuals and Yemenite Jews. Still a clear distinction to be made but relatively close peoples anyway; genetically, linguistically & culturally but in the end many Oromos have ancestors from just a few centuries ago who likely wouldn't have spoken a single word of Afaan Oromo or any of its dialects and derivatives.

5.  The rise and expansion of Islam in Bale of Ethiopia: Socio-cultural and political factors and inter- religious relations, by Teshome Amenu

1. This is also why I tend to sadly keep Oromos out of things like the averages of shared ancestry in my blog post about the shared ancestry between the so far tested groups in the Horn. Studies like Pagani et al. & Hodgson et al. don't divulge the results of single individuals within these populations, they just share general averages. Therefore it's really impossible to give someone an accurate look at the results for each Oromo subgroup within their sample sets. I didn't at all keep them out to "disregard" what is a very important demographic within the Horn of Africa.

2. Notably, Pagani et al. noticed this Oromo heterogeneity and even had two subsets of Oromos in this PCA plot (Oromo 1 & Oromo 2).
Posted by Awale Ismail at 3:26 PM