This was one helluva bomb the new Lazaridis et al. paper managed to drop at the end of their supplemental where they claimed East Asians are a mixture between MA-1-related peoples and a truly "Eastern Non-African" population: 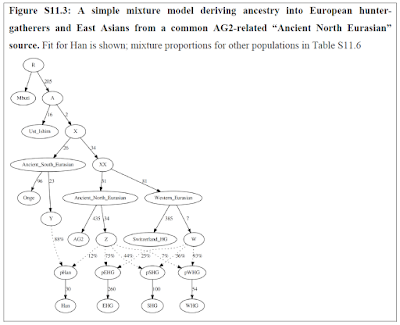 To be fair, the ANE-related admixture doesn't seem substantial (10-15% ANE + 85-90% ENA/South Eurasian-like) when dealing with East Asians like the Japanese and Han Chinese who still seem mostly Eastern Non-African derived: 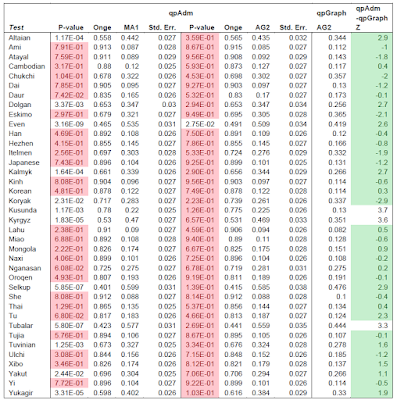 Once again we have formal stat based methods like qpAdm picking up on gene-flow which wasn't really caught by ADMIXTURE, to my knowledge.

Now, it is intriguing to point out that, at least at the higher Ks of some runs, the Japanese & Han did show some Nganasan-like ancestry: 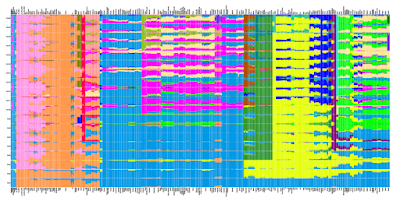 However, the Nganasan-like admixture seems minuscule in the Japanese, Korean and Northern Han Chinese samples and doesn't even show up in the non "Northern" Han Chinese sample-set. Nganasans are a Siberian population whom you'd expect to show some notable ANE-related ancestry but the amounts of ancestry the Japanese, Korean and Northern Han samples are showing from a population like them aren't enough to explain the levels of ANE-related ancestry we see with this study's qpAdm models.

So, ADMIXTURE, in this case, really didn't pick up on something qpAdm did, as far as I can see. David Wesolowski's own K=8 at most had the Japanese at about ~1-3% Ancient North Eurasian and those are negligible/noise levels.

ADMIXTURE might've mildly caught wind of this ANE-related admixture but it's results are definitely not consistent with what these new qpAdm runs are implying. 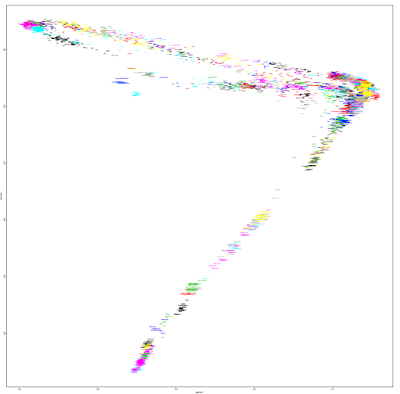 But I suppose the argument one can make is that how East Asian populations usually form their own cluster at the very early Ks is the problem with ADMIXTURE. It's being heavily skewed by how drifted East Asians are from West Eurasians.

That same substantive genetic drift helps form the genetic structure in the above PCA. The Y-axis marks the divide between African populations (with very little to no Eurasian admixture) and Out-of-Africa populations whilst the X-axis marks the divide between Eastern Non-Africans and West Eurasians (East Asians pulling farther away from West Eurasians than Papuans do in this case).

So, it is possible, I suppose, that all prior ADMIXTURE analyses were being fooled by this substantive and perhaps somewhat recently cemented drift (last 10,000-20,000 or so years?) which analyses like qpAdm are more resistant to. But, what's even more intriguing is that tree-mixes from David Wesolowski support this new paper's claims & data:

Nevertheless, I'm remaining somewhat skeptical about this until we have ancient DNA from around East Asia that might refute or reaffirm these new findings. We might discover something more interesting than these populations simply being part ANE-related.

What I find especially odd is that even Southeast Asians show such admixture at levels comparable to those of the Japanese, Han and Koreans whom they're somewhat distinct from in terms of their genetic history. ~14% for the Thai and ~12% for Cambodians? Why is everyone so uniformly Ancient North Eurasian here (between 10-15%)? This somewhat brings the whole Mota debacle to mind, actually. [note]

Everyone (other than Siberians, Mongolians & Central Asians whom we've known for a while now have some Ancient North Eurasian-related ancestry) is turning up as 10-15% "ANE" and that's honestly a bit suspicious and is why I'm skeptical about this new data.

1. I think this is honestly a quirk of the qpAdm model they used. Basically modeling these populations as "Onge + ANE"; it could be that all we're seeing is that these populations have an understandable shift away from Onge-like Eastern Non-Africans that may not necessarily be characterized by Ancient North Eurasian-related admixture. However, it does say something that the same pattern presented itself (when dealing with the Han) via tree-mixes. At any rate, we should wait on some East Asian ancient DNA.
Posted by Awale Ismail at 10:15 PM