Kenyan Somalis: Not all "Borana admixed"

I've strangely encountered a few people online who have gone off the deep-end with Lazaridis et al.'s Kenyan Somali samples and used them to somehow assume that all Kenyan Somalis have some kind of seemingly Borana-related admixture. 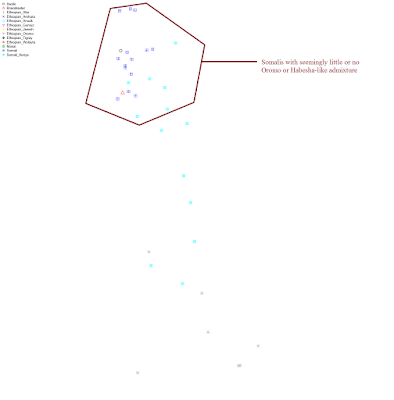 I would like to point out to some of these people that nearly half of the Kenyan Somali samples basically fit within the normal variation of North-Central Somalis (Pagani et al.'s Somalian Somali samples + myself & Brainblaster). In fact I thought this was quite interesting and mirrored the situation we got with Ethiopian Somali samples from Jijiga: 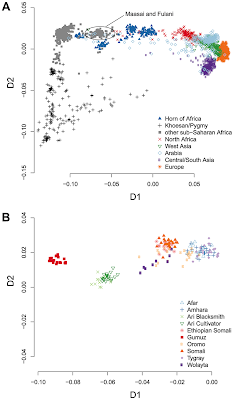 Who seemed mostly identical to Hodgson et al.'s Pagani et al. owed North-Centralite samples except for some samples showing a little bit of Omotic-related admixture at a rate of ~2%. Kind of painted an interestingly and implied homogeneous picture of Somalis from the Northeast of the country down to areas close to Hararghe in Ethiopia which is so far being proved in that numerous Somalis so far tested commercially (23andme and other outlets) from areas like Togdheer or Woqpoyi Galbeed again prove to remain within this same variation. [note]

I would personally hold off on jumping to conclusions about Kenyan Somalis as a whole, most Somalis tested (either the hundreds from other regions and clans sampled for their Haplogroups or those academically and commercially genotyped for their autosomal DNA from other regions) so far have proven quite remarkably homogeneous (I was personally expecting more heterogeneity).

It's quite likely that these 6-7 seemingly Borana-admixed ethnic Somalis from Kenya are recent developments and not entirely representative. The presence of 4-6 Somalis who remain within Northeastern Somali region and North-Central Somalia variation implies that there was & is obviously a more "un-admixed" presence which in my opinion will prove to be the predominant state of various Somalis in kenya

I say this because if we look at all the areas Somalis in Kenya live in-: 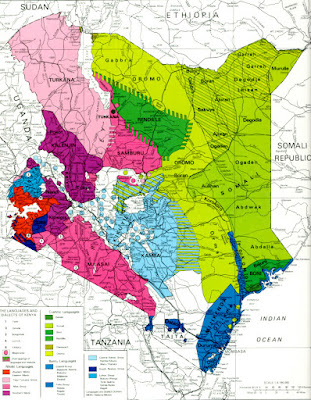 -there are areas that don't exactly overlap with the Oromo inhabited areas. Garrisa which is where Lazaridis et al.'s samples are from is a place in a region that overlaps with the presence of other ethnic groups, but even there we clearly found samples that don't look "mixed" so take a moment to think what people more North of the town in areas that prove to be 99% Somali will likely look like. 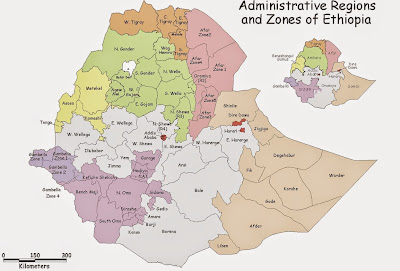 Inter-mixture can be expected though in areas where Somalis overlap with Oromos as a demographic like on that map of Kenya above but the rhetoric I've seen among some which is "Ohhh, all Somalis in Kenya are Borana mixed!" isn't sensible and if we're going by these samples; isn't even true.

I only tend to voice concerns about these samples because it can get perplexing if someone produces an ADMIXTURE analysis that utilizes them in his or her main spreadsheet or dataset as the 6-7 who do look like they have some Borana-esque admixture could skew the ultimate results of the Somalis utilized in the analysis and things could thus prove somewhat uninformative for Somalis from Somalia, Ethiopia and so on.

1. The assumption that some of these Somalis are Borana admixed is mostly an assumption based on their PCA (Principal Component Analysis / "cluster") affinity for Boranas from Ethiopia and how they straddle between other Somalis and these same Boranas in terms of levels of West Eurasian ancestry & finally because they also show no signs of Niger-Congo-related admixture---ruling out any possibility of admixture from some Bantu-speaking populations in Kenya. No one, to my knowledge, has managed to confirm whether or not they have Omotic-related admixture as Boranas from Ethiopia who could prove representative of those in Kenya indeed seem to; that would prove quite informative.
Posted by Awale Ismail at 5:06 PM