This is an odd controversy I've seen crop-up even extremely recently in the comment section of this video I posted months ago. The controversy seems to be what the West Eurasian ancestors of various modern Horn Africans looked like. Some even suggest they were dark-skinned and attempt to downplay just how similar they would have looked to modern West Eurasians. 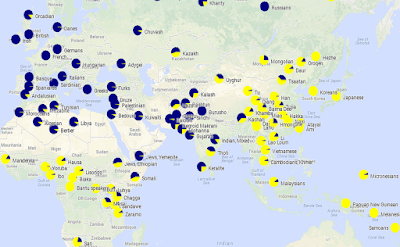 The problem with the dark-skinned argument in particular is strewn out above. Somalis and other Horn Africans like the Beta Israel tend to have a frequency of about ~60% for the derived A allele of the SLC24A5 gene. You can check this through even your own raw genetic data by seeing if you're either "AA", "AG" or "GG" for the rs1426654 SNP (if you're AA or AG; you carry its derived rs1426654-A allele).

Why is this relevant? Well, it's because this gene is strongly associated with the pigmentation variation observed among modern South Asians, Europeans, West Asians and North Africans [1] and seems to have had a significant part in why individuals like the Algerian, Swedish and Pashtun man below are capable of being more de-pigmented than Africans like Dinkas or some South Asians like the Juang. [note]

It accounts for roughly 1/3 of the pigmentation difference between Europeans and "Africans", the latter of whom mostly don't have the derived allele but the ancestral "G" one (being "GG").

It also has a part in why we assume for now that Western European Hunter-Gatherers (a model of which is observable above with that blue eyed & brown-skinned man who's supposed to be La-Brana 1) were predominantly brown to dark skinned. It's because they, unlike modern Northern Europeans who are rich in WHG-related ancestry, and unlike Early European Farmers mostly from Anatolia; were mostly not derived for SLC24A5. [2]

They were seemingly "GG" or at times "AG" for the rs1426654 SNP (essentially so far lacking or having little of the rs1426654-A allele) whilst Early European Farmers who have their closest modern proxy in modern Europe being Sardinians- : 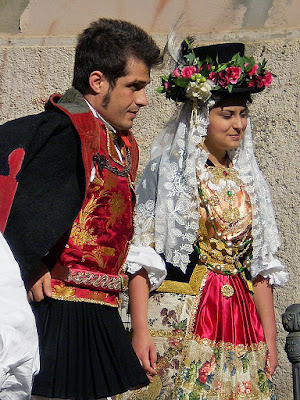 -were mostly "AA" much like most modern Europeans. It was they and the later expanding Steppe pastoralists who were seemingly carrying EHG and CHG related ancestry whom modern Europeans mostly owe their current de-pigmentation / "light skin" to.

There are of course other genes responsible for modern Europeans' pigmentation but the problem I am highlighting is that if some think the West Eurasian ancestors of Somalis and the earliest West Eurasian ancestors of Habeshas were essentially just like the Western European Hunter-Gatherers we've so far sampled in regards to skin-tone; they're already wrong as Somalis have an allele concerned with the development of light-skin that WHGs looked to, for now, mostly lack.

Again, the problem with the "dark-skinned West Eurasian ancestors" idea for Horn Africans' like Somalis' West Eurasian ancestors in this regard is rather simple... Many Somalis tend to be "AG" [4]  (such as myself) and some such as three of my own distant relatives can even be "AA" like Early European Farmers:

This suggests that our West Eurasian ancestors unlike some of the probably notably pigmented (darker-skinned) Western Hunter-Gatherers of Europe; would have been rather rich in regards to being "AA" with no doubt some "AG" individuals. Then there's modern Somalis and Habeshas' skin-tone variation that, while I dislike going into phenotypic traits, should be taken into account:

Somalis for example can vary between a near ink-black to an almost olive-ish skin-tone. The former or something somewhat lighter is more common back in Somalia itself (less common among the diaspora, I've found) where people spend more of their time outside basting in the sun but on average I'd say most people tend to be like those two women in the middle in the above image.

Though at the end of the day, all ridiculous biases and agendas aside, most will likely encounter someone in their own immediate and/or extended family within any of the above skin tone ranges (some maybe darker or lighter than the two extremes by a bit even).

The only real controversy here, in my humble opinion, is the one going on in people who think otherwise' heads because as I've noticed via experience; there seems to be some absurd "butt-hurt" reaction to clearly being, in some part, the phenotypic result of admixture which is nonsensical because most modern peoples' phenotypes only really developed within the last 5,000 to 25,000 years in some great part due to admixture. 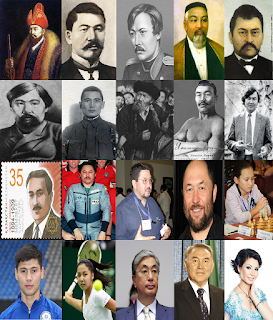 East-Central Asians such as the Kazakhs above's phenotypes no doubt developed as a result of them being an inter-mixture between East Asian-related peoples and West Eurasians along with subsequent selection of course. 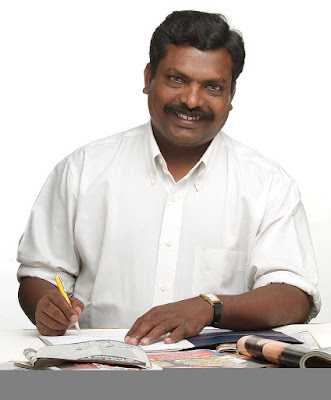 What about the Tamil man above? From a genomic standpoint he's seemingly the result of pre-historic intermixing between seemingly West Asian related peoples and what geneticists like Dr. David Reich at Harvard would call "ASI" (Ancestral South Indians). [3]

"ASI"s or frankly any component of South Asians' ancestry isn't truly well understood at this point as you can see here. We are in desperate need of ancient DNA from the region but ASI was thought by Reich and company to be related to the likes of the indigenous Andamanese or have contributed most strongly to South Indian groups such as the Paniya man and woman here.

Regardless of ASI's validity as a full-blown component, Tamils' phenotypic traits are probably, in some part, to be the result of intermingling between peoples who looked at least vaguely similar to that Paniya man and woman, whom themselves have some notable West Eurasian ancestry, and peoples migrating into the subcontinent from West Eurasia among some contributions from other groups. 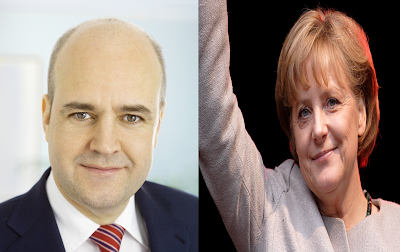 The two European politicians above (one Swedish and the other German) owe their phenotypes to selection and intermixing within the last 8,000 or so years. [2] Their phenotypes are the direct result of Western European Hunter-Gatherers, Early European Farmers and Pontic-Caspian Steppe Pastoralists intermixing. 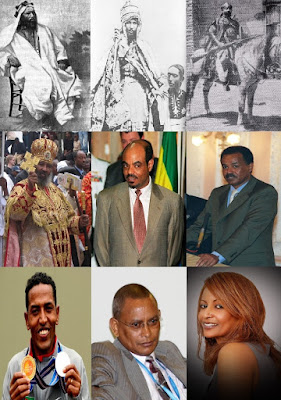 Horn Africans like Somalis or the Tigrinya people above are likely no special exception. Our genomes clearly paint out a pre-historic inter-mingling between both "African" & "West Eurasian" peoples who would've been close to much of the ancestry in modern Dinkas in regards to the African side and much of the ancestry in Anatolian Neolithic Farmers or Bedouins (more so with the early farmers) in regards to the West Eurasian side.

So in line with this my opinion is simply:

A great many of the phenotypes you see today in the modern world are the result of intermixing between peoples who existed before these modern populations or even peoples who still exist in some cases, various modern Horn Africans are unlikely to be some sort of magical exception.

Although I must note something... Some people like in that video's comment section keep jumping on my saying that our West Eurasian ancestors would have looked at least similar to modern and even contemporary West Eurasians and think this means we don't truly have any inkling based on mere logic and current genomic evidence what they looked like.

This is false. What I mean when I always, as per usual, remain cautious and use the term "similar" is... We don't have ancient remains clearly representing our pre-historic ancestors on "either side".

We haven't sampled these hypothetical remains & we haven't tried reconstructing their facial features so of course we won't know exactly (down to the last hair follicle) how they looked until this is done but the notion because of this that they'd have magically looked obscenely distinct from modern and contemporary Eastern Africans (like Dinkas) & West Eurasians is a fantasy.

The only reason, in my humble opinion, this is a controversy to some is because again; there's something "insulting" or "troubling" to some people about their precious looks being the result of admixture in conjunction with selection.
Reference List:

1. The first image was made by a Wikipedia member and was based on data from the Yale School of Medicine's Allele Frequency Database.

2. I'm really not one for posts like this... I like to steer clear of discussing the development of phenotypic traits like pigmentation, hair texture, facial morphology and so on because discussing this kind of stuff eventually, when dealing with various groups, devolves into some retarded exchange about which non-European population is more "White" or "Black" or "Negroid" & "Caucasoid" (scientifically obsolete nonsense I tend to have a dislike for...) and seems to carry a lot of unnecessary emotional vitriol with it. However, this particular "issue" was getting slightly annoying and I was getting tired of repeating myself to some people on this matter so I made this post mostly to just link future encounters to.

3. Also, modern West Asians and North Africans like Egyptians do have the derived allele for SLC45A2's rs1891982 SNP as well (From what I know; this other gene is responsible for a decent part of what remains when dealing with the pigmentation difference between Europeans and "Africans").

Arabians seem to be 15-20% derived for that SLC45A2 SNP and about 100% derived for the SLC24A5 SNP. Horn Africans like Habeshas, Somalis and Beta Israels do not look to carry the derived allele for this SLC45A2 SNP though whilst Neolithic Europeans & Neolithic Western Anatolians carry it at somewhat low frequencies.

The Genetic Architecture & Natural History of Pigmentation
Posted by Awale Ismail at 7:27 AM